Nominally at least, the bloody and ruinous eight-year war fought between Iran and Iraq was a confrontation dominated by operations on land. The traditional impression is that the resources devoted to naval warfare were minute in comparison to those of its major land battlefields. As so often, the reality is almost diametrically opposite. Certainly enough, the horrendous casualties incurred in major land offensives make the Iran-Iraq War one of the bloodiest conflicts of the 20th century. It escaped public attention that the mass of what was happening on these battlefields was decided by naval warfare and that indeed, the consequences of that naval warfare led to the 1990 invasion of Kuwait, and the country's subsequent downfall into chaos and civil war.During the first year of the Iran-Iraq War, Iranian naval activity began to prove decisive for the country's ability to continue waging the war. Not only was its primary point of exporting crude oil - Khark Island - in the northern Persian Gulf, but Iran became heavily dependent on hauling reinforcements and supplies from ports in the lower and central Gulf, foremost Bandar-e Abbas and Bushehr, to the modern and huge port of Bandar-e Khomeyni in the north. This in turn prompted the Iraqis to attempt interrupting both of these flows. Iraqi deployed the full spectrum of their arsenal including the Aéorspatiale AM.39 Exocet anti-ship missile, which saw its first combat deployment at least six months before its use during the Falklands War. However, much of this story this has remained unknown beyond superficial insight into the 'Tanker War'.The first part of Volume 1 of this mini-series concentrates on providing the background and context of the conflict, and of the naval capabilities of the two belligerents: through a detailed study of both navies, but also the two air forces. It provides a precise analysis of their capabilities and intentions, and sets the scene for the naval warfare of the following eight years.The second part covers the first months of the war, including the famous air and naval Operation Morvarid, undertaken with the aim of destroying the two primary Iraqi oil-loading terminals in the northern Persian Gulf.Based on extensive first research with help of previously unavailable documentation and interviews with veterans, and richly illustrated, this volume provides unique insights into modern-day naval warfare, including many lessons-learned still valid in the present day.
Language: en
Pages: 80

Authors: E. R. Hooton, Farzin Nadimi, Milos Sipos
Categories: History
Nominally at least, the bloody and ruinous eight-year war fought between Iran and Iraq was a confrontation dominated by operations on land. The traditional impression is that the resources devoted to naval warfare were minute in comparison to those of its major land battlefields. As so often, the reality is 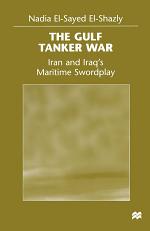 Authors: Nadia El-Sayed El-Shazly
Categories: Political Science
In the 1984 Tanker War, Iraq used its superiority in airpower as an instrument in naval warfare, in a strategy designed to end combat. Iraq hoped to weaken Iran's economy and internationalize the war to force it to cease fighting, or remove the government; negotiations would follow, with Baghdad in 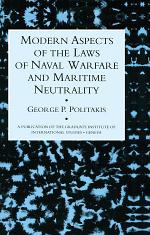 Modern Aspects Of The Laws Of Naval Warfare And Maritime Neutrality 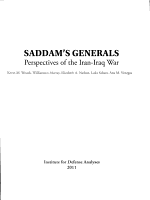