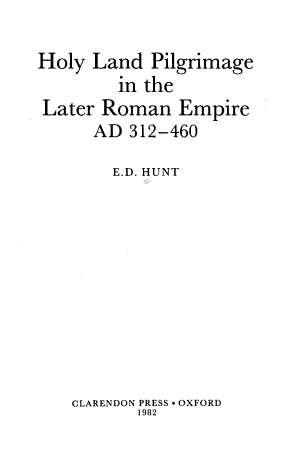 This wide-ranging book discusses the emergence of pilgrimage to the Holy Land in the Roman Empire under Constantine, and some of its effects--ecclesiastical and secular--over the next 150 years. 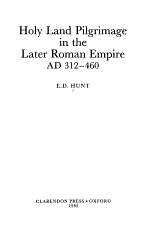 Authors: E. D. Hunt
Categories: Christian pilgrims and pilgrimages
This wide-ranging book discusses the emergence of pilgrimage to the Holy Land in the Roman Empire under Constantine, and some of its effects--ecclesiastical and secular--over the next 150 years.
Language: en
Pages: 269 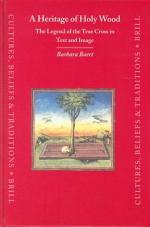 A Heritage Of Holy Wood

Authors: Barbara Baert
Categories: Religion
This fascinating study reconstructs the tradition of the Legend of the True Cross in text and image, from its tentative beginnings in 4th-century Jerusalem to the culminating expression of its multi-layered cosmic content in 14th and 15th-century monumental cycles in Germany and Italy. 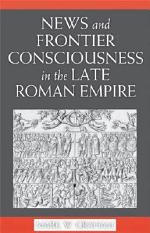 News and Frontier Consciousness in the Late Roman Empire

Authors: Mark W. Graham
Categories: History
Prior to the third century A.D., two broad Roman conceptions of frontiers proliferated and competed: an imperial ideology of rule without limit coexisted with very real and pragmatic attempts to define and defend imperial frontiers. But from about A.D. 250-500, there was a basic shift in mentality, as news from 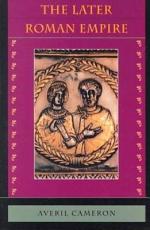 Authors: Averil Cameron, Fellow of the British Academy Warden Keble College Averil Cameron
Categories: History
Marked by a power shift from Rome to Constantinople and the Christianization of the Empire, this era requires a narrative and interpretative history of its own. Cameron, an authority on later Roman and early Byzantine history and culture, captures the pivotal fourth century, doing justice to the enormous explosion of