14 Merchant Ships In The Six-Day War

The Six-Day War also known as the June War, 1967 Arab-Israeli War, or Third Arab-Israeli War, was fought between 5 and 10 June 1967 between Israel and Jordan, Syria, and Egypt. In June 1967, at the outbreak of the Six-Day War, 14 merchant ships were passing through the Suez Canal. As hostilities erupted, they were ordered to halt in the Great Bitter Lake. Although the war was brief, after it finished, the Egyptian government refused the ships permission to leave. Those ships were stranded in the Suez Canal for a full eight years, until June 1975. Over the period, 3,000 seafarers served on the trapped ships in the middle of a war zone, maintaining the vessels and protecting their precious cargos. Despite coming from countries on opposing sides of the Cold War, the crews forged a strong community, exchanging supplies and skills and coordinating their social and sports activities through the Great Bitter Lake Association (GBLA). This book tells the extraordinary story, through the eyes of some of the stranded seafarers.

14 Merchant Ships In The Six-Day War 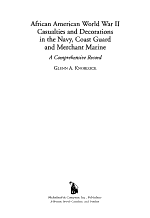 Authors: Glenn A. Knoblock
Categories: History
"This book is an account of the 2,445 African American men who were killed, wounded or decorated during World War II in the Navy, Coast Guard, and Merchant Marine. In addition to detailing the circumstances and location of each loss, information of a more personal nature is often included. The 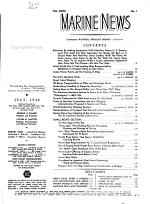 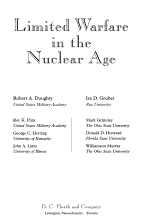 Limited Warfare in the Nuclear Age

Authors: Robert A. Doughty, Ira Gruber, Roy K. Flint
Categories: History
"Cold War competition and tensions caused numerous armed conflicts after World War II, but the threat of atomic and nuclear weapons shaped the conduct of those wars and ensured they remained limited. Because the existence of nuclear weapons created the possibility of a small crisis escalating into a vast nuclear